« Last post by Serj182 on September 17, 2021, 05:12:03 PM »
I understand you know nothing about spanish language and that's why you use google translator to make a literal translation, + that he is a member of your guild.

"Indios" is a pejorative word, is an insult  related to  latinamerican people at all regions. Mixing race and economic class as well
And of course it's obviously a racist offence! So please tell your guild's member to change that "subnick".

ANY ACT OF RACISM IS ALLOWED IN THIS OR ANY OTHER VIDEO GAME.
2

Where is the insult exactly ?

« Last post by Serj182 on September 17, 2021, 10:54:26 AM »
In order to have a better community this type of offense MUSN'T be allowed under any circunstances.
And I have been told that this racist commentary (on nickname) deserves a ban. He has been using this nickname for about 2 weeks. 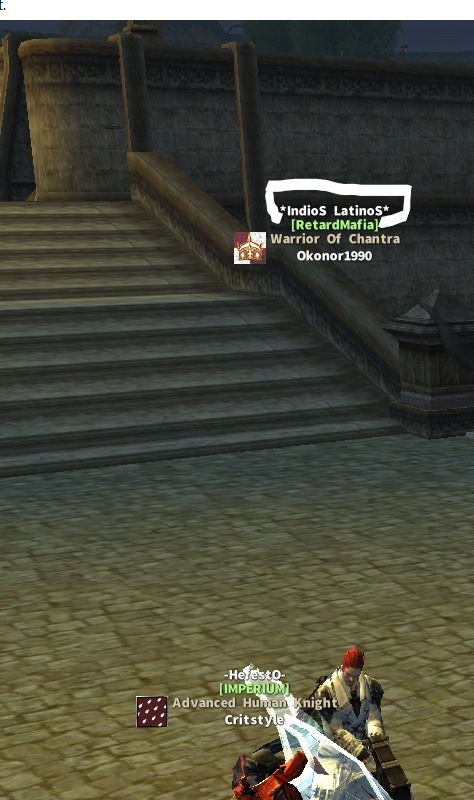 Want to Sell (WTS) / Re: WTS everything

« Last post by steph on September 16, 2021, 07:40:52 AM »
By the end of reading this post I expect at least half of you to tell me to "get a life" but I have some issues with the drops for refining too.  Getting excellents should be difficult, otherwise we would all be OP within a week, but some things really do need to change.

Since my main char reached lvl 99 I figured I'd do something useful while I waited for the next episodes so I've done a lot of farming recently.  I'm off work at the moment and a lot of the friends I used to talk to have quit the game so I'm bored.  As I see so many of us complain about drop rates and success rates etc  I decided I'd try and get a better insight into what these levels actually were and I've spent the last few weeks running up different farming chars to check these out.  The char listed below is just one of them but the results seem pretty constant across my farmers.

The archer has decent kit for his level, so each mob dies in 2 - 3 shots (max) and often 1 shot if the crit goes in.  I'm not using buffers, as the difference in kill time at this level is minimal, and the only self buff he can use at the minute isn't needed.  This means though, that as my lens has only been used when I am attacking the mobs, I can work out from that exactly how many shots I have fired.  So far I have used 78,087 lens just killing mobs.  Taking my 38% crit into account I have 1-shot approximately 29,673 mobs and killed a minimum additional 16,138 mobs using 2 or 3 shots (this is the lower estimate based on 3 shots).  This means I have killed at least 45,811 mobs so far (in 31 hours over 7 days) and that's just just farming for this one ring!  I've also spent 7 days worth of minus talis and I have a 14 day heavenly luck on too (which has 6 days left on it).

From those 45k+ mobs I've had 5 attempts at excellents (all failed) and I still have 6 x glorious redsigns and 5 x intelligent redsigns left over.  I don't mind the drop rate (generally 14 +/-2 per hour - based on averages taken from 2 chars over 2 weeks, 1 char farming lokis and the other redsigns) and I can even live with the excellent success rate, if I have to - although I agree the rings should be 3 slot if they are excellent.  But I am so pissed off with the success rate of the brilliants.  We see this problem on every unique we refine - there is always one which is harder to get.  I wouldn't mind this imbalance if the success rate was higher, but when we get archondrites 8 or 9 times in a row on the first refine too, then it feels almost insulting.  Even if the GMs aren't willing to change the refinery success rate I'd be happier if they just balanced out the success rate of each of the different items.  That way we would have more attempts and wouldn't end up with bags full of rings we can't move into the safe keeper, but have cost us so much in time and effort that we don't want to bin them either.

I'll keep on going on this char until my heavenly runs out, but while I hate to see how many guild members have quit the game for reasons like this, I'm beginning to see their point.    This isn't meant to sound like a mini tantrum (although I admit it does a bit

) but it is a genuine request that a minor change be made in order to reduce the number of players currently leaving the game.  Please just either balance the success rate of the different uniques on 1st refines OR increase the refine success rate slightly - it doesn't even have to be both.

Want to Sell (WTS) / Re: WTS everything